Book Publishing Secrets: Interview with Jo Kessel, author of 'Weak at the Knees' 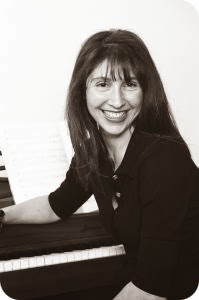 Jo Kessel is a journalist in the UK, working for the BBC and reporting and presenting for ITV on holiday, consumer and current affairs programs. She writes for several national newspapers including the Daily Mail, the Telegraph, the Guardian and the Express and was the anonymous author of the Independent’s hit column: Diary of a Primary School Mum.

When Jo was ten years old she wrote a short story about losing a loved one. Her mother and big sister were so moved by the tale that it made them cry. Having reduced them to tears she vowed that the next time she wrote a story it would make them smile instead. Happily she succeeded and with this success grew an addiction for wanting to reach out and touch people with words.
P.S Jo’s pretty certain one of her daughters has inherited this gene.

Other books by Jo Kessel include Lover in Law.

Her latest book is the new adult novel, Weak at the Knees. 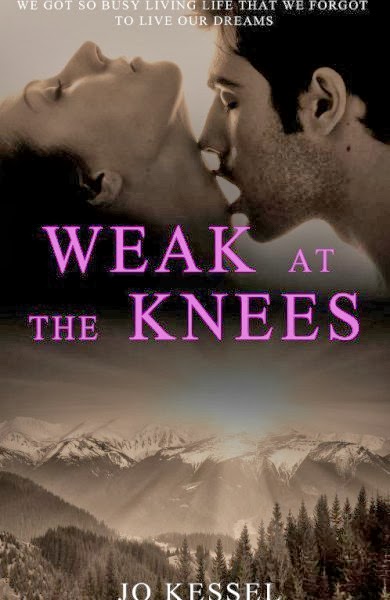 Thank you for your time in answering our questions, Jo.  Let’s begin by having you explain to us why you decided to write a book?

Hello there and thank you so much for having me. Well, why write a book? Good question. They say that everyone has a book in them, and it came to the point that mine was desperate to get out! I’ve always written. My passion began by penning short stories and then I became a print journalist. But eventually I yearned to create a story that had much more depth and layers to it and with Weak at the Knees it was as if the characters were already inside of me and telling me what to put onto the paper so that their story could be told.

Is this your first book?

No, Weak at the Knees is actually my second novel. Its set between London and the French Alps, but my first novel Lover in Law is for the most part based in London – although there is a jaunt to France in that book too! My third novel, however (which I’m writing as we speak) breaks that London/French mould – instead it will be largely set in California, with a smattering of UK scenes too!

Can you tell us a little about your publishing journey?

Originally my novel Lover in Law was taken on by a top literary agent here in the UK who felt confident they would be able to secure me a good two-book deal. Sadly that deal failed to materialize and disillusioned I shoved my manuscript onto my bookshelf to gather dust. But when EL James had such success self-publishing 50 Shades, I decided that I would have a go too. And I haven’t regretted it for a minute. Self-publishing is very empowering – it’s wonderful as an author to have such control and to cut out the middle-man.

What lessons do you feel you learned about the publishing industry?

It’s been a very steep learning curve, but I now realize that the whole face of traditional publishing has changed. And it’s continuing to evolve at a rapid rate. Now that authors can create their own fairly inexpensive ‘print-on-demand’ paperbacks through outfits like Amazon’s Create Space, they feel like ‘proper’ regular authors. But anyhow, in my opinion, I’ve now learned that the future is really in e-books, not paperbacks. . That’s where the author stands an actual chance of making money for a living.

If you had the chance to change something regarding how you got published, what would you change?

Well, ok, if I’m going to be a dreamer, then I guess that Penguin would have taken on my first novel and in having the huge marketing weight of a leading publisher behind my book, no doubt it would have probably sold far better………………………..but my dream didn’t happen, so I’m happy with my Plan B!

Did you credit any person or organization with helping you get published?

I credit my husband’s support! Because it’s been such a steep learning curve (especially the need to learn how to market your book as well as write it) it was great to have him look after the children a little more than he might have, freeing me up to spend more time focusing on making the book a success.

What’s the best advice you can give to aspiring authors?

Don’t give up! It’s worth all the blood, sweat and tears (and sleepless nights as a plotline writes itself in your head) the moment you have that pretty little paperback in your hand with your name on it. Or the moment someone tells you how much your book has touched them.


Book Publishing Secrets at 11:42 AM No comments: