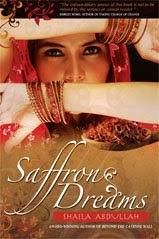 As a young teen, if I had known about the perils of breaking into the literary market, I might have quit early and not attempted to write any short stories. Selling a dozen or so shorts to Pakistani magazines in the 90s didn’t seem like a hard task, but years later, when I completed my collection of short stories, I realized how tough it is to sell a short story collection. Agent after agent gave the same response: they loved the writing but short stories are a hard sell. It was then that I decided to self publish through iUniverse—an experience I immensely enjoyed as I was able to control many aspects of publishing and marketing by myself. Being a veteran designer for over 15 years, I designed the cover of the book and all the marketing materials myself. The effort paid off. The collection was internationally recognized, garnered much media attention, and won the Norumbega Jury Prize for Outstanding Fiction and the DIY Festival Award.

In early 2006, I had an agent and encouraged by the success of the collection, I started working on my novel Saffron Dream and received a grant from Hobson Foundation for that work. My agent and I parted ways a year later because we had very different vision for my future. It was then that I decided to approach small publishers with my novel. When Victor Volkman of Modern History Press offered to publish it, I gladly accepted the offer. The publisher is known to get behind his authors 100% and actively participate in making their books successful. Volkman is very inclusive, listens well to his author’s suggestions, and responds to their needs in a timely manner. He is also great with ideas on marketing and book promotion. With him, there is no waiting for the phone to ring. If you have a question, you can bet that it will be answered at once. I didn’t have to do much arm-twisting to design the book cover for Saffron Dreams. Again, I actively participated in the marketing of the book and designed all the marketing materials, including the website for the new book.

There are a few benefits of going traditional versus going self-published. You have more avenues available for promotion. Despite the recent popularity of some self published titles, the stigma still exists around self-publishing.There are many reviewers and even book festivals out there that would not consider your book if it is self-published.

Perhaps my path has not been riddled with hurdles as some, but I do appreciate how tough the market is and applaud every author for picking up their pen and trying. We are all in this together and need to help each other with ideas, suggestions and yes, occasionally even with blurbs.

You can find a wealth of information on my website at www.shailaabdullah.com including a reading guide, excerpt, reviews, and buying information. For those with comments and questions, I can be reached at shailaabdullah@gmail.com. If you comment on this posting and leave your email address, you will receive a free e-book called A Taste of Saffron, containing recipes of dishes mentioned in Saffron Dreams. Readers who sign up for updates on my website will get a free excerpt of my 2005 book, Beyond the Cayenne Wall.

Shaila Abdullah is an award-winning author and designer, based in Austin, Texas. Her creative work focuses on the strengths and weaknesses of Pakistani women and their often unconventional choices in life. Her debut book, Beyond the Cayenne Wall, is 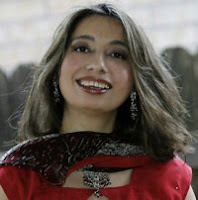 a collection of stories about Pakistani women struggling to find their individualities despite the barriers imposed by society. Among other accolades, the book won the Norumbega Jury Prize for Outstanding Fiction and the DIY Festival Award. Abdullah received a grant from the Hobson Foundation for her new novel, Saffron Dreams which is about the trials and tribulations of a 9/11 Muslim widow. Abdullah has written several short stories, articles, and personal essays for various publications, such as Dallas Child, Web Guru, About Families, Sulekha, Women's Own, She, Fashion Collection and a magazine of the Daily Dawn newspaper called Tuesday Review, etc. She is a member of the Texas Writers' League. A Pakistani-American, Abdullah is also a seasoned print, web, and multimedia designer as well. See a complete bio at http://www.shailaabdullah.com/bio.html.

Book Publishing Secrets at 4:19 AM