Book Publishing Secrets with MD Moore, Author of 'Waiting for the Cool Kind of Crazy' 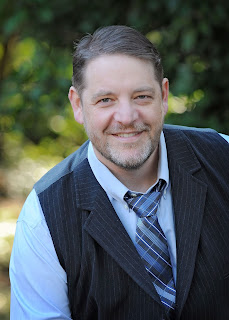 Thank you for your time in answering our questions about getting published.  Let’s begin by having you explain to us why you decided to become an author and pen this book?
MD: It’s funny, actually.  My first writing forays weren’t even in fiction and weren’t done for me.  At the time, I worked for a guy who had no writing ability whatsoever, but who was responsible for writing professional letters to the medical community.  He asked if I would look over what he wrote and it was terrible.  I gutted it, rewrote it, then gave it back to him.  He was amazed at my writing ability.  I began editing all of his correspondence.  One day, one of my co-workers saw what I was doing, was impressed, and told me I should try my hand at writing.  The idea was intriguing so I took some classes at the local community college on fiction writing, bought some books, and attended local writer’s conferences.  I entered a writing contest and was a top finalist among several hundred entries, giving me validation that I actually could write so I decided to pursue it as a career.  As far as penning this particular book, the subject actually came fairly easily.  I worked in my state’s most acute mental hospital and there were stories all around me; peoples whose lives were so effected by their mental illness that a writer working in that environment couldn’t help but want to tell their stories.  One of my main characters, Cece, is the schizophrenic mother of my protagonist and her character is loosely based on a patient whose family came to visit her nearly every weekend.  As she was the only patient I worked with who was married with children, she intrigued me.  The pain as well as the patience her family showed every week made me want to tell a story about how mental illness touched the life of my protagonist and how it manifested itself in him from his childhood to adulthood.
Is this your first book?
MD: Yes.  It is the first book I completed though there were a lot of misfires now crammed in drawers.
With this particular book, how did you publish – traditional, small press, Indie, etc. – and why did you choose this method?
MD:  My book was published by a small press, Black Rose Writing.  I went with them because I felt they would be able to nurture my career along better as a first time author than a large, traditional publisher would be able to do with a debut novelist.  I’m not saying that I wouldn’t be willing to work with a large publisher for my next novel when expectations and understanding of the publishing business are better understood, but for my first novel, this was a great way to go and Black Rose has been great to work with.
Can you tell us a little about your publishing journey?  The pros and cons?
MD:  This has been every bit as difficult as you hear it will be.  You keep hoping that you are going to be the one who is going to find the best New York agent – hell, I half expected that someone would hear through the grapevine and come calling to get a first peek.  In reality, I had to practically beg my family to take a look (an exaggeration, but 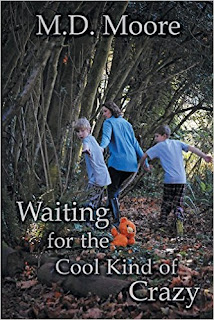 not by much).  At first, I did the agent search – nothing.  Then I edited my book again thinking it might not be as ready as I thought it was.  This actually turned out to be a good idea as the book wasn’t as polished as it needed to be.  In all, I wrote and rewrote this book no fewer than five times over nine years.  I then sent it out again to agents and, hanging in the slush pile with no writing credits to my name or great platform, again I heard crickets.  I finally decided that a small press was going to be my best option so searched through them and found Black Rose who ended up being a great fit.

What lessons do you feel you learned about your particular publishing journey and about the publishing industry as a whole?
MD: There are two lessons I learned well.  First, an author, especially a first time novelist, has to get their manuscript as close to perfect as possible.  This means learning your craft through classes, self-teaching through books, peer review and critique groups to name a few methods.  Then you must write and rewrite and rewrite then rewrite again, then cut out half of what you’ve written and rewrite again.  It’s grueling, but it takes what it takes. I’ve judged writing contests several times and am always amazed at some of the entries where it is clear that the entrant didn’t bother with so much as a spell checker before submission.  This is an extremely competitive business and a first time author has to understand what they are up against to get any one to take notice of their work.  If you don’t work to get your writing in the best condition possible, you’d be better off spending your time on another endeavor because you won’t likely be rewarded in this one.
The second lesson is perseverance.  If you do work to be the best writer that you can be then you must take that next step and get it out there for others to judge - be it a critic, an agent, an editor, a publisher – someone who can help you take your book to the next level, either personally or professionally.  You won’t likely reach your goal in the first week after completion.  It took me nearly a year of dedicated searching to find the right publisher for my novel, but ultimately it was worth it to finally hold my novel in my hands with a real cover on it, not just a three-ring binder.
Would you recommend this method of publishing to other authors?
MD: It’s hard to recommend a certain way of publishing to aspiring authors.  This way worked well for me, but for someone else a large, traditional publisher might work great.  A lot of people self-publish successfully.  The small publisher worked well for me and I would recommend it strongly as a generalization, but would have to know the author and what they are trying to publish to offer more personalized advise on how they should publish.
What’s the best advice you can give to aspiring authors?
MD: The first piece of advice I would give would be to really soul search to be sure that this is what you want to do.  This is a hard business to break into so make sure that you are in this for the long haul.  This leads to my second piece of advise and that is, if you do have what it takes and you have a story in you that you have to get out, by God, stick with it and get your story told.  Fight to make it the absolute best it can be then work your tail off to get it to that next level.  You work so hard to write the book, finish the journey and let the world read it, however that has to happen.  The last piece of advice is to listen to people who have done this before, especially successfully.  They have so much to teach and most people who I’ve met in this industry are truly the nicest people and they want to help you.  They generally have really good advice, even if it’s not necessarily the advice you want to hear.   Two quotes from Winston Churchill seem to sum up my advice:  “Courage is what it takes to stand up and speak; courage is also what it takes to sit down and listen” and  “Never, never, never, never give up.”


Book Publishing Secrets at 5:31 AM No comments: